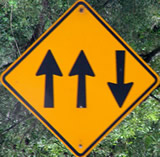 Exciting and tragic news to report. First, my apologies for the hiatus in my presence here. Things have taken unexpected turns, and who am I to argue with the fates?

If you thought “Re-entry was an Itch,” this takes it to another level.

First, the agency who contacted me prior to Burningman, who showed delightfully gratifying enthusiasm for Double Happiness, and who listened when I informed them I wasn’t open to making major revisions to the manuscript, only “minor changes” — did offer to represent me.

That was great, exciting news. But another agency contacted me in the interim, while the first agency was contemplating, and this second agency had a similarly high level of enthusiasm for my writing and seemed to get the entirety of Double Happiness — exactly as it was, on all the levels it is intended to work on. She instantly saw it as not only the story of a young man teaching and traveling abroad for the first time, nor only as a rugged first hand account from inside a changing China; she responded to the underlying, universal story of inner transformation and spiritual awakening that form the book’s essence and make the story relevant to people young and old and from all backgrounds.

She also was more timely and professional in getting back to me. After several good discussions by phone, we exchanged two-page legal documents by mail, and I signed with her!

That was a major step forward.

And now that’s done too. That was a second major step forward.

Another night, intent on a different goal, out on a beloved local soccer field, I ran onto a fine pass from a Salvadoran lad on the right wing, touched the ball, and headed in for goal. I cut left to evade the goalkeeper, but my shoe stuck in the turf pointed right while my knee went left. The next thing I knew I was in the air, then flat on my back, howling in pain.

After several agonizing days and doctor’s visits, I learned I’d torn both the anterior cruciate ligament (ACL) and the medial meniscus in my right knee. Days turned to weeks, and I underwent surgery November 11. Now I’m largely immobile except for my visits to physical therapy, which will be many and challenging. It will be a long road of rehabilitation — another journey in this kaleidoscope of journeys called life.

That was a gigantic hobble backward.

Patience has never been easy for me.

But I discovered it in Songpan, deep in Sichuan Province, waiting for a bus that never came, listening to a whisper of intuition that came from deep inside me.

Share:
Posted in Uncategorized
by Tony Brasunas on November 29, 2010