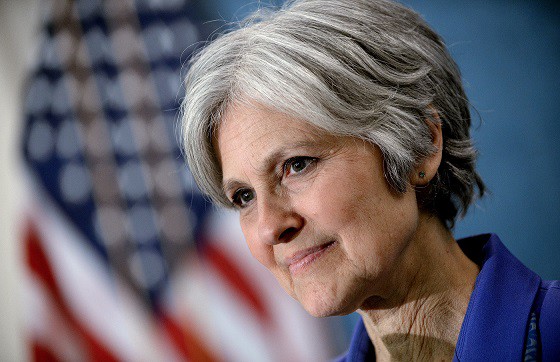 Voters seek alternatives to the ‘choice’ between Trump and Clinton.

It’s early October, and the usual suspects in the corporate media are bellowing hyperbole about the supposed “craziness” of supporting anyone other than the two most disliked presidential candidates in history.

Why might the Paul Krugmans, Ezra Kleins, and Charles Blows of the corporate media world be veering into shriller and shriller tones?

Most likely because both practical and idealistic voters are increasingly supporting Jill Stein, and one of the jobs of the corporate media is to prop up the corporate parties. When someone doesn’t listen to you and you don’t have reason on your side, you often raise your voice.

The truth is, there are dozens of reasons not to support Trump or Clinton, ranging from the way Clinton issues dangerous military threats about Russia, Syria, and Iran; to the way Trump brashly scapegoats Muslims and immigrants; to the uncomfortable sense that the Trumps and Clintons are actually longtime friends and attend each other’s events and donate to each other. Idealists could probably list one hundred reasons to avoid these candidates.

I attended Jill Stein’s energetic event in Oakland last night, and instead of talking to the idealists, I asked the pragmatists there why they were supporting Stein.

Here is what I gathered, the four main reasons pragmatic progressives are supporting Jill Stein:

Those are the four main reasons pragmatic progressives are supporting Jill Stein and rejecting the media’s shrill cries to get on board with the corporate candidates.

The core problem progressives have with supporting Donald Trump is that, while he might “shake the system up” (best case scenario), he’s a racist egotistical bully and is likely to exacerbate racism and jingoism and make countless awful decisions.

The problem with supporting Hillary Clinton is that, while she might do one or two slightly progressive things (best case scenario), she’s a corrupt, dishonest warmonger who has benefited from fraud and said nothing about it. She’s funded her campaign entirely from corporate cash, so despite what she says, she’s likely to implement TPP or something similar to finalize the corporate takeover of our public government and military.

To many progressives, both of these corporate candidates are atrocious and unacceptable, there are no good reasons to vote for them, and supporting Stein is obvious. On the other hand, some progressives will vote for Clinton, persuaded by this “lesser evil” strategy. Others will actually vote for Trump, refusing to approve of the DNC’s corrupt leadership. The reality is that under either of the corporate candidates, the planet and our democracy will suffer. Who really wants war with Russia, Syria, or Iran? Who really wants corporate boards to be able to legally overrule Congress? Please raise your hand.

What the pragmatic progressives I spoke with are doing is calling out the truth on these problems, and taking logical and practical steps to solve them — including voting. If we are to confront runaway climate change, institutional racism, endemic corruption, and election fraud, and create a better political system, there is no more time to wait.

If you believe in progressive ideas, particularly if you live in one of the 41 states disenfranchised in this presidential election, you too might be a pragmatic progressive supporting Jill Stein.

You might just need to grab a pair of earplugs if you read the corporate media.