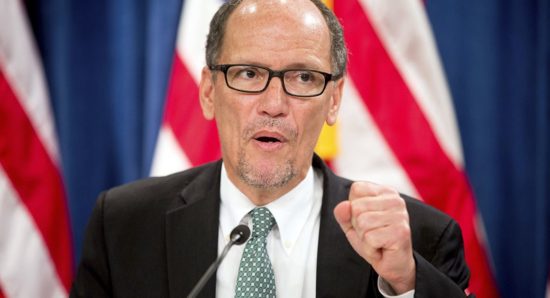 The way this all went down — so similar to what I saw in Philadelphia last year at the convention — shows that the DNC is more determined to defeat progressives than to defeat Republicans. Think about that.

Yes, I wish it weren’t true, but we have to take off our blinders. The DNC leadership, as currently constituted, would rather lose than allow progressives any power or leadership in the party.

They must figure that if they give progressives any power whatsoever they risk losing their lucrative contributions from big banks and other corporations.

Basically, this selection says that the party leadership sees nothing wrong with the current direction of the party. Losing would be bad enough, but the party is losing without standing for any real issues, ignoring the dominant issues that the people of the country care about and vote on. This is a recipe for leaving our country and planet worse. 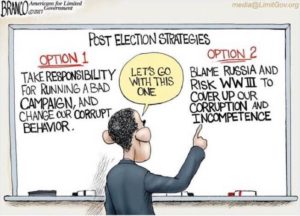 But the leaders of the DNC are wealthy and powerful themselves, so to them everything is evidently going just fine. The status quo continues. They can keep screaming about Trump and Russia and seem like a legitimate political party even though they essentially stand for nothing and are losing membership every month.

The DNC today apparently didn’t even record the second round of voting, which was required because the election was so close. So, again, shenanigans might have gone on behind the scenes to give the establishment the ‘winner’ they wanted.

It has never been more obvious that we need a new political party. Those who believe in reforming this deeply corrupt party — suggesting it will be ‘easier’ — really need to consider how hard people have already been trying since the 1980s. It is essentially impossible.

Time for Something New

The good news is that so many of us know this. We know we need a better option. We’re either already working on the new party and the new direction, or we’re telling ourselves it’s too hard even though we know it’s needed. And this second group who worry it will be too hard will join the new party the moment it looks viable.

Insanity is trying the same thing over and over again and expecting different results. For four decades now the Democratic Party has moved to the right even while thousands of people have been trying to “reform” it from within. The DNC, we must admit, is quite adept at killing off progressive movements, and they’re in the midst of doing it again today.

Fortunately we have enough sane people still in this country who are ready to work hard for something different. In my opinion, we should all join them and support them. With a little courage and a little leadership, we can all take part in building a genuine democratic political movement and party, capitalizing on the progressive energy and the clear need for change seen in 2016.

This article also appeared at:
Share:
Posted in Peaceful Revolution | Politics
by Tony Brasunas on February 27, 2017