How My Book Will Be Published 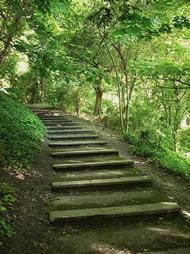 A journey of ten thousand miles begins with a single step.

So goes a fine Chinese proverb.*

The thing is, after that first step, you still have a bit more than 9,999 miles. More than a hop, skip, and a dozen jumps.

Journeying through China broke me open as a teacher, as a visitor, as a human being; it nearly killed me; it was the most profound experience of my young life.

Now, writing this book might be the most profound experience of my not-as-young life. After striding boldly the first, let’s say, 7,000 miles of this journey — writing the manuscript, enlisting all kinds of people’s help, revising it seven times — still, several thousand miles remained: The many-stepped path to publication.

It’s not China, but the publishing world too is a strange, foreign place with its own languages, customs, foods, and family values. Whereas my writing journey was originally a solitary pursuit consisting of: 1. channeling my inspiration and memories, 2. spending insanely long hours of joy and tension with my favorite word processor, and 3. developing to their potential the story itself and the underlying themes on a universal level so that those who cannot journey themselves for a year through a faraway land still can comprehend the essence of what can unfold. Now it’s: 1. writing and rewriting a series of proposals and pitches to literary agents and their generally overworked assistants.

So, how far am I on this new journey? Feels like, roughly, milepost 9,424. The end is in view, friends, the book will be published very soon!

In April and May I sent out nearly 100 of these Query Letters.

The month of June was good, tortuous and torturous. One, then two, then three, then fourteen literary agents asked to see the manuscript after inspecting my Query Letter. Ideally, hopefully, fingers-crossed, four-leaf-clover-behind-my-ear, one of them will choose to take my project on, represent me, and sell the manuscript (tentatively called Double Happiness: One Man’s Tale of Love, Loss, and Wonder on the Long Roads of China) to one of them big almighty publishing houses.

And if not: The funny thing is that the earth has shifted under their big almighty feet. A barbaric yawp has sounded! I’ve heard it and declared my freedom. The new possibilities of e-publishing have so amazed me during my research over the past two months, that, if it comes to it, I will gladly publish the new way.

Over the weekend I spent time on Lulu.com, an outfit that has staked out substantial space in the new publishing landscape, and although I’m not likely to publish with them, I tried my hand at designing a cover, poured the manuscript into their custom text editor and generator, and voila, for $11.38 they’re sending me a full color galley of my completed book!

The pros and cons to both the new and old publishing models are many. They are a topic for a future entry.

For now, what do you think: How long should I wait to see if an agent and conventional publisher pick up my manuscript and run with it? I’ll hear back from them sometime between five minutes ago and 2012 — in short, whenever they feel like it.

What say you, dear esteemed reader?

—
* Many more of which, as epigraphs, grace the chapters of Double Happiness.

Share:
Posted in Uncategorized
by Tony Brasunas on July 12, 2010