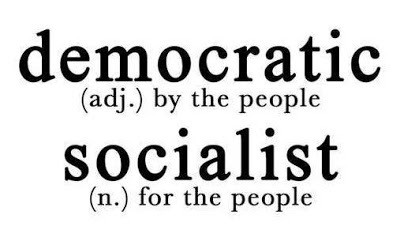 Capitalist policies favor people and corporations who have the most wealth or capital to invest to create more wealth. If left unattended, over a few decades, a purely capitalist system will crystallize a small .01% of a population who are END_OF_DOCUMENT_TOKEN_TO_BE_REPLACED

Share this
Be the first to comment >
Posted in Peaceful Revolution | Politics
by Tony Brasunas on June 6, 2016

The Five Stages of Feeling the Bern

A spark sets the fire.

1. Innocence. You’ve heard of Bernie from occasional appearances in the mainstream media, but you have a neutral or negative impression based on a New York Times or CNN piece. He looks so unpolished. He’s definitely unusual. You become curious.

2. Curiosity. Out of civic duty, a friend’s suggestion, or just boredom, you look up Bernie online. You go past the big media outlets and read a few articles at USUncut, TYTNetwork, DemocracyNow, Huffington Post, or one of dozens of smaller media outlets. You visit Bernie’s own website. You learn about his actual policy proposals and his impressive political history. He seems honest, his ideas are refreshing, and you find yourself agreeing with him.

Share this
Be the first to comment >
Posted in Inner Life | Peaceful Revolution | Politics
by Tony Brasunas on April 10, 2016