Bernie Sanders Has Been Winning for Two Months, Building Momentum to Beat Trump

This tortoise-and-hare Democratic Primary would be even closer if it weren’t for election suppression and fraud.

While the majority of the pledged delegates during the first half of the Democratic Primary went to Hillary Clinton, here in the second half of the primary Bernie Sanders has won the majority of the delegates. The Sanders campaign has actually been winning for two months now, and it is his campaign that is seen now as building momentum towards the Democratic Convention and the general election.

There’s an important difference between “winning” and “being ahead.” Long distance runners know this well. In the proverbial animal marathon that featured a tortoise and a hare, one competitor was ahead for most of the race, but it was the other runner who was winning as the race went into its final stretch. We all know who won that race.

Long distance runners will tell you, winning doesn’t require being in the lead at all times. Winning requires executing a winning strategy and running faster than your opponent at key times.

Bernie Sanders is running faster than Hillary Clinton right now, winning more delegates, and gaining more in popularity, in the polls, and in public perception. He recently won the Indiana and West Virginia primaries, too, and in coming days and weeks he could win Oregon, New Jersey, and California, as well.

As has been documented widely, this Democratic Primary has been plagued with more voter suppression and outright fraud than any in recent memory. Whether that’s because there really is more election crime going on in 2016, or if it’s simply because we have more cases documented by microbloggers, independent websites, and alternative media — I don’t know.

What I do know is that election crime has been far more prevalent on the Democratic side than on the Republican side, and it has almost always negatively impacted the Sanders campaign.

While the corporate media (CNN, New York Times, Fox, MSNBC, etc.) tend to report on election crime immediately after a given primary, these news sources tend to go silent within a few days and not stay with the story. They typically surrender their headlines to something about Donald Trump. Many alternative sources, on the other hand, understand that this is a crucial story. What could be more important than improper administration of the elections themselves? For instance, Redacted Tonight, a news-comedy show in the tradition of Jon Stewart and Stephen Colbert, has been brilliant, funny, and brutally honest about election crime this time around. In this clip, host Lee Camp calls out both New York and Chicago elections boards for crimes and incompetence (apologies for salty language):

According to some analyses, if we had had completely fair elections in New York and Arizona — let alone in Missouri, Alabama, Maryland, and Illinois — we might be talking about a tied delegate race right now, or even a slight lead for Sanders if you consider how momentum and media perceptions shift after victories. Bernie might not only be running faster today, he might also be ahead.

Who Has the Winning Strategy?

However, we don’t know whether New York— or any of the other states under investigation — will count their provisional ballots or address the countless election crimes. So we’re left with the delegate count as it is today: 1,440 for Sanders and 1,713 for Clinton.

Clinton clearly is the preferred candidate among elite members of the Democratic National Committee — the politicians and lobbyists who write the rules for the televised debates (and who seem to have fixed the Nevada state convention this past weekend). The corporate media also has shown a marked preference for the Clinton campaign, giving it far more detailed and positive coverage than the Sanders campaign, sometimes even calling her the “presumptive nominee.”

Nevertheless, by most other measures, her campaign is losing momentum right now. She is liked by fewer and fewer voters with each passing month and is considered untrustworthy by majorities in many state primaries, according to exit polls. Her rallies are sparsely attended in comparison to Bernie’s and even to Trump’s. Worse still, by not calling out the voter suppression and fraud that she has benefited from, she has alienated many — perhaps most — Sanders supporters. She could follow through on her stated intention to ‘unite the party’ by calling for every caucus, primary, and convention to be fair and free of suppression, but she remains remarkably silent on the matter. Her campaign couldn’t single-handedly remedy all election issues, of course, but by speaking out about it she could remedy some of the issues, join with the Sanders campaign to rectify others, and reestablish trust with everyday Democratic voters by simply trying.

But she hasn’t done this, and it’s moved beyond a curiosity to a genuine problem exacerbating a perception that she is untrustworthy. Going into the general election without the Democratic base behind you is certainly not a “winning strategy,” regardless of whether you start that race slightly ahead or slightly behind on the track.

Is Bernie Sanders a ‘Dark Horse’?

Meanwhile, the momentum Bernie Sanders has built in the Democratic Primary will translate directly into momentum in the general election.

Sanders still is packing rallies with thousands and thousands of supporters — and not just in enthusiastic states like California, where 27,000 came out on little notice to fill a Sacramento stadium, but even in supposedly apathetic states like Indiana and longtime red states like North Dakota.

Poll after poll finds Sanders far ahead of Trump, while Hillary Clinton is in a statistical dead heat with Trump in many polls. Indeed, when independents are allowed to vote — and independents now nearly constitute the majority of American voters — Bernie not only outpolls Clinton and Trump in head-to-head contests, but he wins putative three-way races as well. His approval numbers are also better than President Obama’s.

Bernie Sanders is the most popular politician in the country right now.

He’s “winning,” but can he pull ahead?

Neither Bernie nor Hillary Will Cross the Finish Line

Even if you’re running faster than your opponent at the end of the race, you lose if your opponent crosses the finish line first. Does Bernie Sanders have enough of the race left to catch Hillary Clinton after her hare-like big early wins in the south, back before Sanders was well known?

It’s hard to say. Both candidates need 2,383 delegates to clinch the nomination. That’s the finish line. Neither of them is likely to reach this number before the race ends. That’s right — it’s essentially impossible for either Sanders or Clinton to reach 2,383 delegates by the time the race ends on June 14 in the final primary in Washington, D.C.

I’ll repeat: neither candidate is going to cross the finish line.

It will be the other delegates—the “superdelegates” — who determine the winner of this race, and the superdelegates don’t vote until July 25. Thus the winner will not be determined during the race but rather six weeks after the race ends. One of the runners will be crowned, not on their own merits, but rather by preference of special members of the DNC who get a vote at the convention.

Which Candidate is Executing a Winning Strategy?

When the superdelegates weigh the options, who’s “ahead” at the time of the convention might be less important than who’s “winning.” If Clinton starts winning most of the primaries again, if she can establish a solid lead over Trump in the polls, if she can survive the intensifying FBI investigation over divulging classified documents, and if she can somehow become more likeable and electable to independents, she will likely be given the nomination, particularly given her deep connections with the Democratic Party elite.

On the other hand, if Clinton has been losing for several months, as is the case today, and if Bernie is still packing his rallies like a rock star, raising money by the millions, and holding double-digit leads over Donald Trump in the polls — as he does today — he could be named the winner of the race.

Even corporate media pundits have begun asking whether it’s time for Democrats to just admit Bernie is the stronger candidate.

At the end of the day — and at the end of this preliminary race — the DNC isn’t stupid. They want to win in November. If the candidate with the momentum, the money, the record, the approval ratings, and the grassroots movement behind him remains slightly “behind” in pledged delegates but really just seems to have run out of race track, many superdelegates will choose him as the nominee.

Bernie Sanders is certainly running faster right now. He also just might be the one executing a winning strategy.

A Vote for the World: Bernie Sanders for President 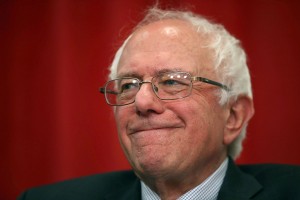 It is a rare, historic moment right now in the United States. There is a political movement to take our democracy back from the giant corporations that have been running things, a movement aligned with the great progressive movements of history, a movement to tackle society’s most pressing problems, a movement to spread wealth and power more broadly among the American people.

In this rare moment, Double Happiness is proud to make its first-ever political endorsement: Bernie Sanders for President of the United States.

Here are four reasons Bernie Sanders and this movement are uniquely positioned to do great things for this country and our planet.

Share this
2 comments >
Posted in Inner Life | Peaceful Revolution | Politics
by Tony Brasunas on May 12, 2016 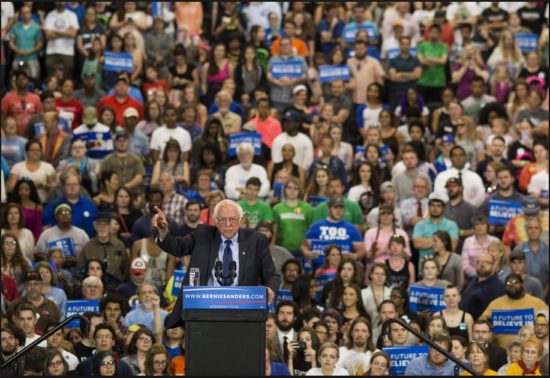 And at this point, it isn’t just END_OF_DOCUMENT_TOKEN_TO_BE_REPLACED

Share this
Be the first to comment >
Posted in Peaceful Revolution | Politics
by Tony Brasunas on May 9, 2016 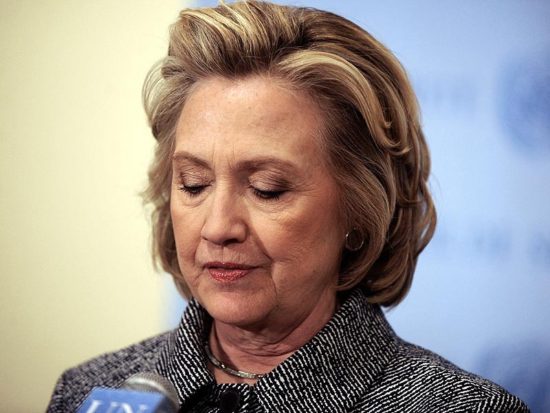