Independent Publishing vs. Getting a Traditional Literary Agent
(Part I)

Are you a writer interested in publishing your first book, your labor of love, your masterpiece, your tour de force? Or are you perhaps a writer who has published with a small or large private press and is curious now about independent publishing?

What once was called “self-publishing” with a dismissive sniff is now known as Independent Publishing and accounts for a rapidly growing share of books published and sold worldwide. There also certainly remain many advantages to getting a literary agent and selling a manuscript to a large corporate publishing house. 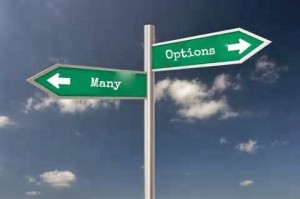 There’s a lot to explore on this topic. For the sake of brevity, I’m splitting this post into three parts, a “Trilogy of Posts,” if you will. In this first post, I will outline the advantages both of independent publishing and of going the traditional literary-agent route.

Let me know in the comments what I’ve missed.

(Update: I’ve now added Part II of this trilogy of posts, in which I explain which route I chose, and how it’s worked out. Update: And now Part III is done too: It lists Seven Things You Need To Do If You Publish Your Book Independently.)

This is the new paradigm, the way to “own your content” immediately and forever. We can boil down the advantages of going indie to these three primary benefits: creative control, profit, and speed.

The profits you can potentially receive as an independent author outstrip what can be made under a traditional publishing contract.

You get to set your own royalties in many cases, and you retain all rights to foreign sales as well as television, movie, serial rights, etc. You own the book, so you write your own terms, and you will thus logically make more money from its success. Also you get to decide who else, if anyone, profits from your book: If you want a church group or a human rights organization to get a share of the profits, you can set that up at any time; if you don’t want a major global corporation to profit from your book, you can avoid that. Of course the big question is whether your book will be very successful, somewhat successful, or not very successful. But a relatively successful indie book will usually net the author much more money than an equally successful non-best seller published by a traditional house

Speed is a third major advantage to the independent route. You get to set the publication, publicity, and marketing schedules for your book. If you just wrote a book about the Confederate flag, say, or the economics of Greece, you would want to release that book as soon as possible, given that right now (at the time of writing this blog post), there’s a lot of national and global interest in these topics. Traditional publishing usually takes a long long time, a full year or more even after everything is signed, sealed, and delivered. Slow and steady wins some races, but with marketing, speed is often of the essence.

This is the older paradigm, the way most novels have been published for the last 150 years or so. We can summarize the main advantages of traditional publishing by exploring these three benefits: prestige, simplicity, and publicity.

The prestige that comes with getting an agent and signing a traditional deal with an established publishing house is sometimes what opens the door to a newspaper review, radio interview, or book award. This can be very important for a book’s early success. Also, for some authors, a primary reason to write is the respect and esteem of their peers. Independent Publishing has come a long way, and many indie authors are landing reviews, interviews, and awards, but the imprimatur of a major corporate publishing house is still superior in terms of prestige and, ultimately, if it’s your thing, fame.

If you want to enjoy the simplicity of just writing, and have other people handle everything else — the business, the design of the book, the marketing, the image of who you are as a writer — traditional publishing will possibly allow something approximating this simpler lifestyle. Every author these days is responsible for their “platform” — their audience and their authority on their subject — and your books always have to be successful. But if you don’t want to tabulate a budget, think about fonts, set prices and discounts, or hire a cover designer, selling your manuscript to an established publishing house can be an easier path. There are pros and cons to having a major corporate entity trying to profit off your work.

Finally, while the glamorous publicity and book tours once offered to authors by major houses are largely things of the past, you will get (some) publicity budget money if a house signs you, and you will (almost) definitely get distribution to major bookstores; how long your book remains on shelves, and on which shelves, is another matter.

A caveat: The reality in 2015 is that major houses have reduced their marketing budgets for new writers. You will have to spend time aggressively marketing yourself and arranging publicity for your book whether you independently publish your book or not. The difference is that if you independently publish your book, the bar for seeing personal profits is lower. Of course there’s no way to know in advance how far a little more prestige and distribution will go towards helping your book become successful. Fifteen percent of a million dollars is a lot more than 85% of $4000. Nevertheless, if you’ve written a highly specialized book, you may very well reach essentially the same niche audience — and record about the same sales numbers — regardless of what imprint decorates the bottom of the book’s spine.

The Road I Took

It was a more complicated journey than you might suppose, having read this far. Check out the second part of this trilogy of posts, in which I recount the choices I made and tell you what I’m happy with as well as what I regret.

Leave me your thoughts and questions in the comments below.