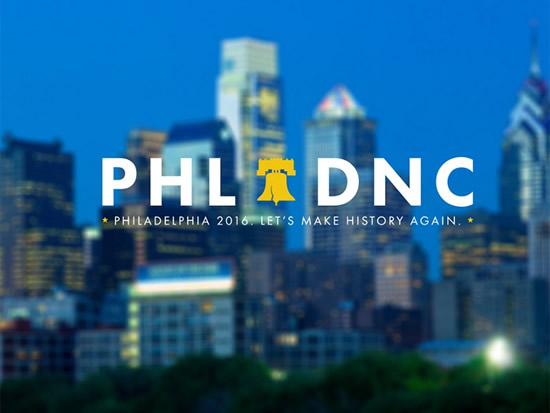 Whatever one calls it, nominating Sen. Bernie Sanders remains a possibility at the Democratic Convention that starts today here in Philadelphia. Sanders provided an endorsement of Hillary Clinton a week ago in a show of party solidarity, but he has not conceded the race nor relinquished his delegates.

Thus this convention revolves around one critical question for superdelegates and members of the DNC: Which political path do they want their party to take today and in the coming decade?

Do they want their party to sweep to a landslide victory in November and add millions of diverse, enthusiastic new members who will carry the party to Democratic wins for a generation? Or do they want their party to run against the populism sweeping the country, attempt to embrace corporate power more fervently than Republicans, fight a risky battle in November, and likely dwindle in popularity over the coming years?

Of these two paths, nominating Sanders is taking the first path. With Sanders atop the ticket in November, Democrats will win decisively, and not just the presidency. Sanders is historically popular, brings unprecedented levels of grassroots enthusiasm and fundraising, and will likely unite the Democratic Party into an unbeatable juggernaut. Month after month, polls show a Sanders ticket would defeat Donald Trump handily, by double digits, which would constitute a landslide and a mandate in modern presidential politics.

Independents and new voters will flock to the Democrats in a Sanders-Trump race, and thus down-ticket races and propositions will benefit as well. The country will see a November groundswell of progressives, Democrats, and independents converging on the polls to vote for this honest and inspiring candidate.

A Hillary Clinton nomination, on the other hand, risks not just the 2016 campaign but the future of the party as well.

Her approval ratings have reached an all-time low heading into the convention, even after Obama endorsed her, even after Elizabeth Warren endorsed her, and yes, even after Bernie himself endorsed her. At this point it’s hard to imagine how her numbers would rise again, now that she’s received every major endorsement she could possibly get. Her campaign has stalled right when it should be taking off. Chants of “lock her up,” while distasteful, are now heard here in the streets of Philadelphia just as they were in Cleveland last week; the mistrust has become bipartisan. By lashing the presidential race and hundreds of important down-ticket races to the mistrust and disgust voters feel about Clinton’s scandals, the DNC would likely be setting sail on a sinking boat.

This chart compares approval ratings for Bernie Sanders, Hillary Clinton, and Donald Trump with those of every major party presidential candidate since 1980.

The approval numbers for Bernie are historic and predict a commanding victory in November. No candidate approaching Bernie Sanders’ approval ratings has ever lost in the modern era of presidential politics.

By the same token, no one with Hillary Clinton’s dismal approval ratings has ever won.

By lashing the presidential race and hundreds of important down-ticket races to the mistrust and disgust voters feel about Clinton’s scandals, the DNC would likely be setting sail on a sinking boat.

For many reasons, intelligent independents and progressives by and large don’t support Clinton now and are unlikely to change their mind. The numbers predict a chancy race for Clinton against the almost equally disliked Trump, a race that could turn on the emergence of another email leak or scandal. Is this a risk the DNC really wants to take?

The chart above reveals something else remarkable, when compared with approval ratings from just a month ago. After Bernie’s endorsement of Clinton, his numbers actually went up, and her numbers actually went down. There seems to be nothing that can help Hillary Clinton in the eyes of the voters that she needs in order to win in November, and this does not bode well for her in a race against Trump. Meanwhile Bernie Sanders keeps rising in popularity, month after month.

#DNCLeaks: From Bad to Worse for the DNC

The latest batch of leaked DNC emails are creating quite a stir. Delegates and officials all around this city are learning what many of us have suspected all along: At its highest levels, the DNC leadership has been coordinating media manipulation and campaign attacks to marginalize Bernie Sanders and clear the way for Hillary Clinton. Some were joking yesterday that it’s time to remove the word “democratic” from the name of the Democratic National Committee. The sudden resignation yesterday of DNC Chair Debbie Wasserman-Schultz revealed disarray among the party brass.

Given the manipulation, the rigging, and the election fraud, it is astounding to observe that Bernie Sanders still received so many votes during the primary. He earned somewhere between 46–56% of pledged delegates, narrowly losing (or narrowly winning) a contest that was deliberately tilted against him from the outset. That he built his campaign up from almost zero name recognition and almost zero campaign contributions is testimony to the urgent need for change felt by so many millions of Americans.

I say “somewhere between 46–56%” of the delegates because it’s not yet clear exactly how much election fraud and voter suppression occurred. Facts and analyses continue to emerge that show that Bernie did better than has been recorded in the official election results, some statistical analyses even indicating he won the primary decisively. And all of this despite the fact many in the DNC leadership sought never to give him a chance to win.

Think about that. Bernie narrowly won or narrowly lost a race actively rigged against him. “Never underestimate me,” are the words Bernie spoke before his famous Senate run in 2006, and he said these words again before this presidential run. Sanders has been winning races no one thought he had any chance of winning for virtually his entire political career. And he already polls way ahead of Donald Trump.

Time for Some DNC Brilliance and Patriotism

Whether you call it a long shot, blasphemy, or a brilliant and patriotic political maneuver, after James Comey’s damn-near-an-indictment speech, after the #DNCLeaks this past weekend, and amid Clinton’s continually declining numbers, there are growing whispers throughout even the conservative wing of the party to change horses for the general election.

Today and tomorrow provide the final hours for these whispers to become calls in the halls of the Wells Fargo Center, and to become convincing calculations in the DNC’s strategy to win in November.

By nominating Bernie Sanders, the Democratic Party would not only put themselves in the best possible position to win the election in November, they would show real patriotism by accomplishing four critical things for the future of our country:

"Your joy is your sorrow unmasked.

The selfsame well from which your laughter rises

was oftentimes filled with your tears.

And how else can it be?

The deeper that sorrow carves into your being, the more joy you can contain."